It;s being reported that he's died

Just seen on the news he has passed. R.I.P.

Thank you for your service, Sir. May you rest in eternal peace.

Rest in peace, Mr Prior.

Dear Members,
It is with great sadness that I have to report to you, the sad passing of one of our most revered veterans, Norman Prior.
Norman served with the 1/5th Battalion XX Lancashire Fusiliers and, I have been told that he was thought to be the
last of the Dunkirk Veterans left from the XX Lancashire Fusiliers.
Stand down Norman, rest easy
Omnia Audax
Our Deepest Condolences to his devoted family.
No funeral details have been released from Normans Family but I will update when they are.
David Platt
Welfare & Liaison
Fusiliers Association HQ North Lancashire

RIP Norman Prior. Condolences to the family

He was getting old and paunchy and his hair had fallen fast
And he sat around the Legion telling stories of the past
Of a war that he had fought in and the deeds that he had done in his exploits with his buddies they were heroes every one
And though some times to his neighbours,his tales became a jole.
All his Legion buddies for they knew of what he spoke.
But we'll hear his tails no longer for old Bill has passed away,
And the world's a little poorer,-for a Soldier died today
He will not be mourned by many,just his children and his wife, For he lived an ordinary quiet and uneventful life.
Held a job and raised a family, quietly going his way and the world won't note his passing though a Soldier died today.
When politicians leave this earth,their bodies Lie in State,
While thousands note their passing and proclaim that they were great.
Papers tell their life story from the time that they were young,
But the passing of a Soldier goes unnoticed and unsung.
Is the greatest contr4ibution to the welfare of our land a guy who breaks his promises and cons his fellow man or the ordinary fellow who in time of war and strife goes off to Serve his country and offers up his life.
A politicians stipend and the style in which he lives are sometimes dispropportionate to the service that he gives,
While the ordinary Soldier who offered up his all is paid off with a medal and perhaps a pension small.
It is so easy to forget them for it was so long ago,That the old Bills of our country went to battle but we know,
It were not the politicians, with their compromise and ploys who won for us the freedom that our country now enjoys.
Should you find yourself in danger with your enemies at hand would you want a politician with his ever shifting stand Or would you prefer a Soldier who has sworn to defend, His home,his kin and country and would fight on until the end?
He was just a common Soldier and his ranks are growing thin,
But his presence should remind us we may never see his like again.
For when countries are in conflict then we find the Soldier's part,
Is to clean up all the troubles that the politicians start.
If we cannot do him honour while he's here to hear the praise
Then at least give him homage at the ending of his days
Perhaps a simple headline in a paper that would say,
OUR COUNTRY IS IN MOURNING FOR A SOLDIER DIED TODAY.

from the Dutch Legion Magazine 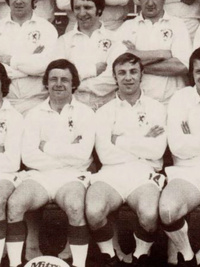 R I P Norman, What a trooper, condolences to his family and friends 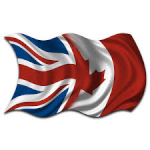 Very sorry to hear that. May he Rest In Peace. 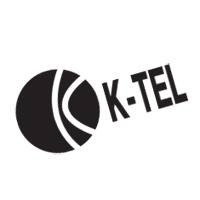 Thank you for your service. May you RIP.