Winners seem to be traffic coming down from the motorway towards Wigan and to a lesser extent traffic heading away from Wigan on the duel carriageway through Goose Green, because that traffic as to wait for traffic turning right into Poolstock Lane, but when new link road is built, there should be a lot less traffic wanting to go down Poolstock Lane, so that should speed things up for traffic heading away from Wigan

The reason this happened was because they took roundabout away at bottom of the hill and water flowed backwards uphill and flooded school out, out of pure spite, because lights were on red at bottom of Highfield Grange Avenue

Mac wrote:They were spraying poisons on the route earlier today. I told them off for contaminating my land, They came on trying to show they hadn't touched anywhere till I showed them where they had burned plants from the last time. They skulked away.

Yesterday I saw a JCB scraping up crap on the new road route, at the side of the roundabout in Goose Green and in the pile of crap there was chicken wire, which no doubt had come from the allotments, which used to be there.

New houses and road route, near to Warrington Road at Goose Green. 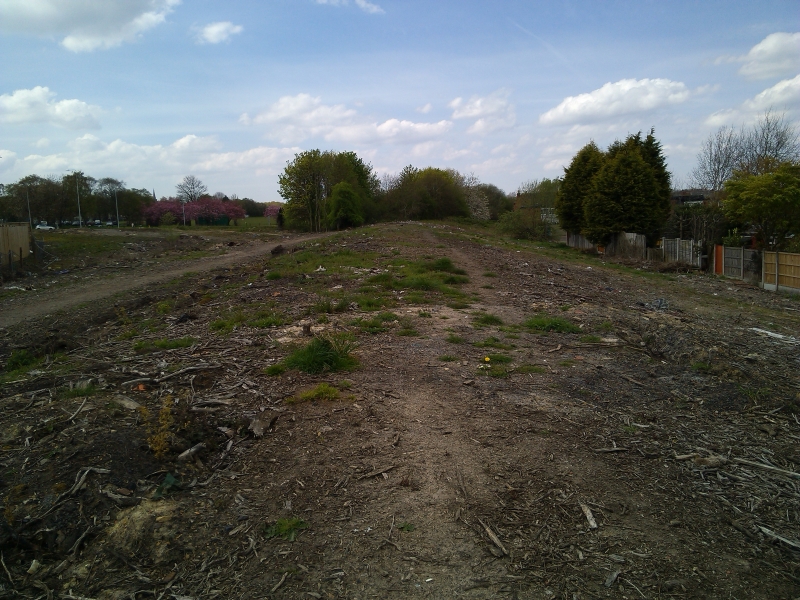 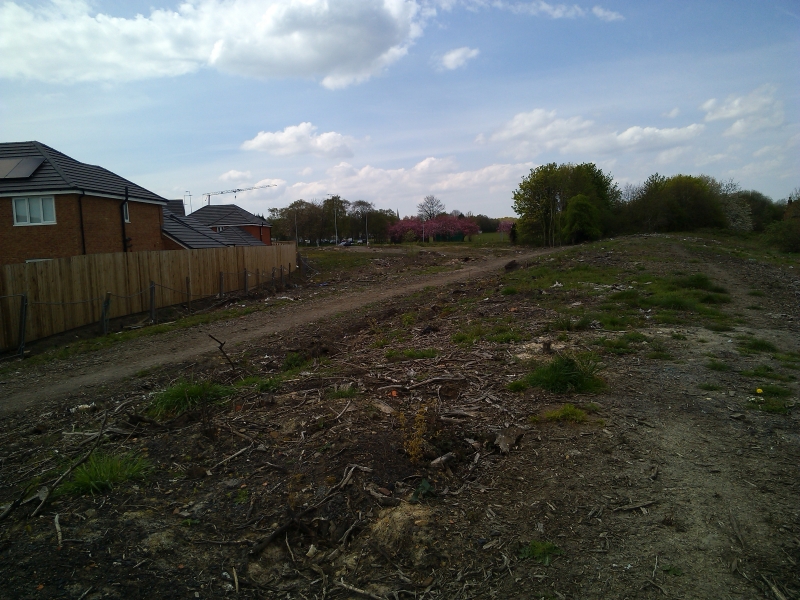 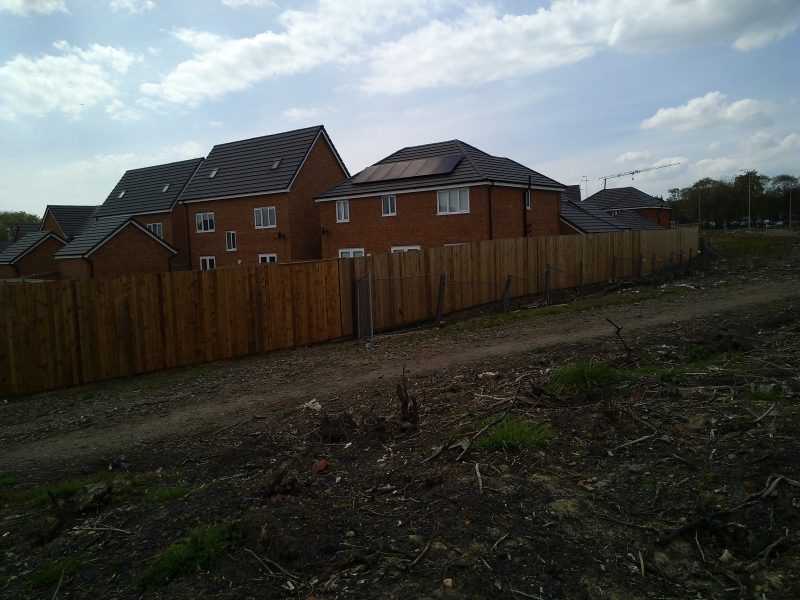 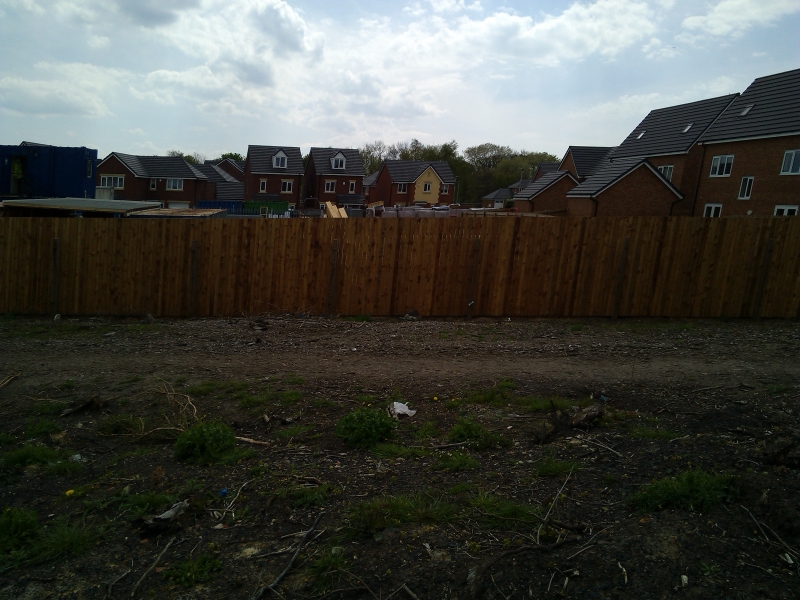 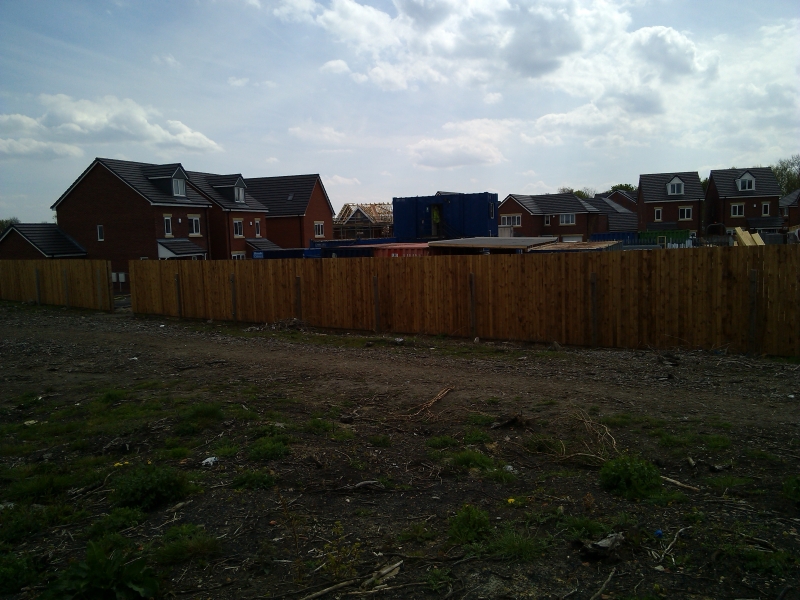 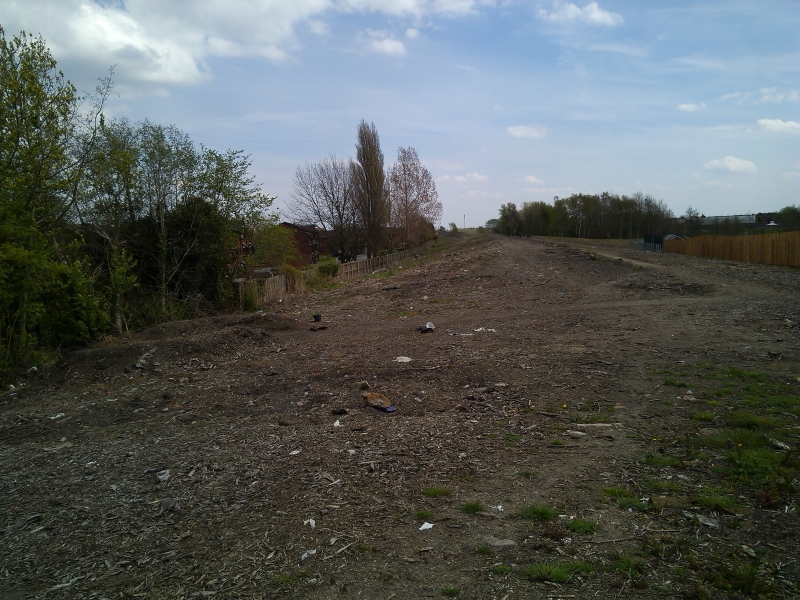 Used to be a lovely walk there

Mac wrote:Used to be a lovely walk there

Aye it certainly was. 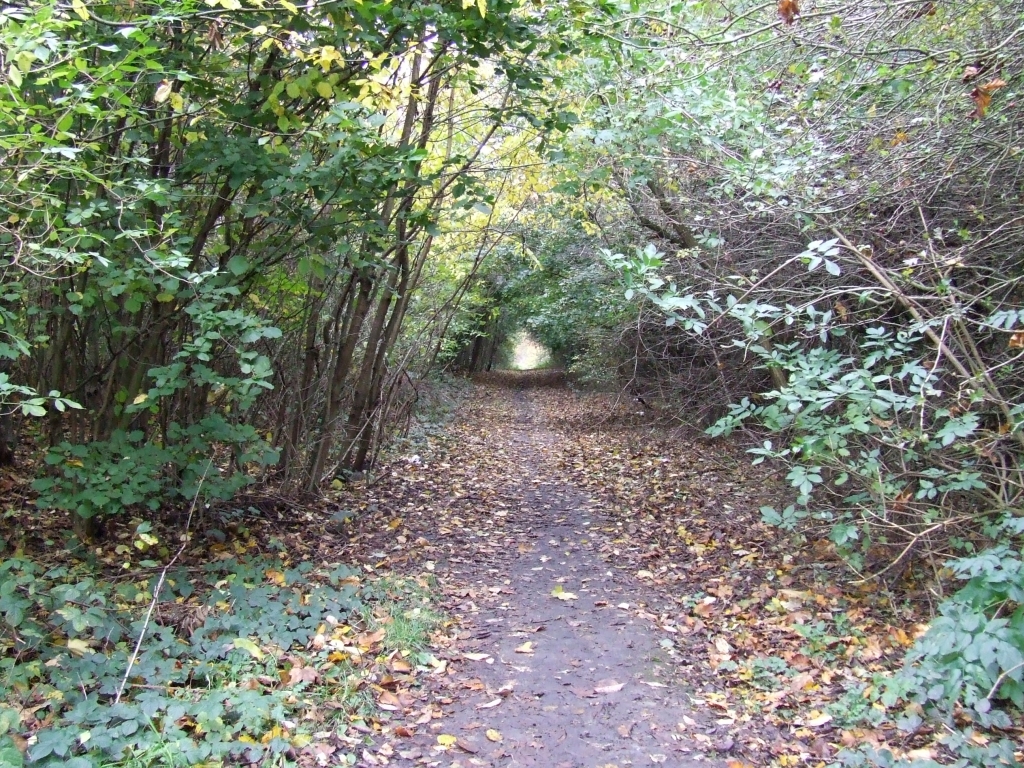 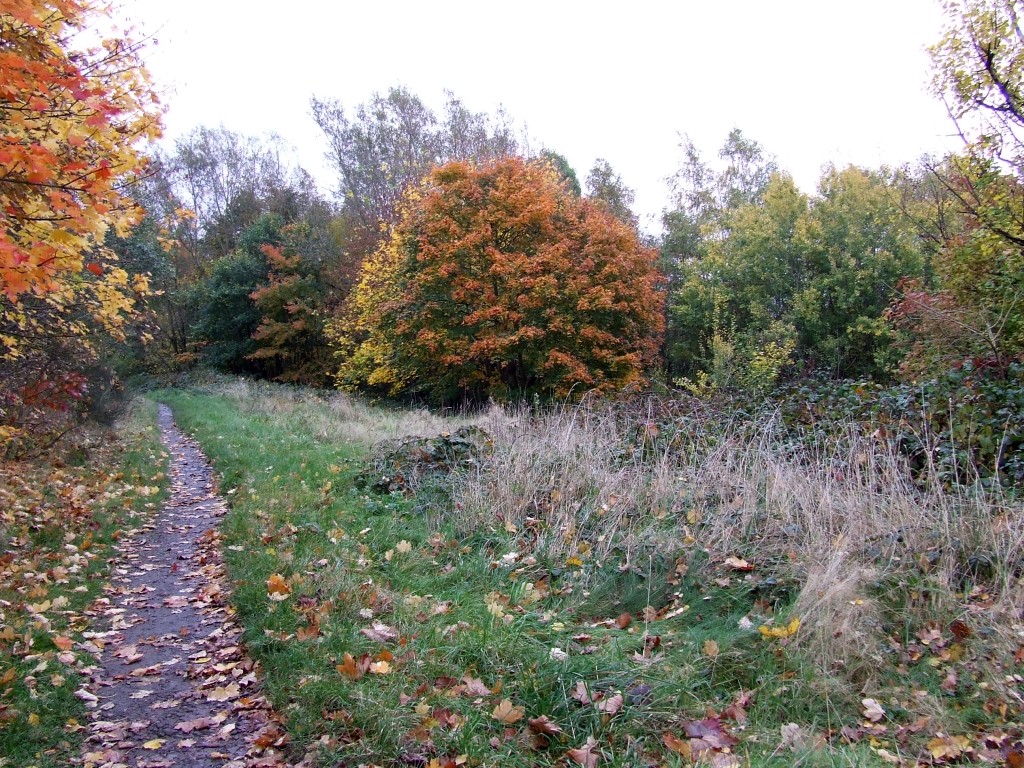 Ooo, wonder what he was looking for. Bit strange a JCB clearing bits of metal off the path then this geezer detecting. I was over this aft and saw the tracks of the JCB, it only scraped the surface in places, and not at all in the rest.
There were a few people with drilling equipment about yesterday, testing the earth..

I have an old friend who tells me what was about the area during the war, I will ask hi what was about when he was a youth. he is in his 90's now and sharp as a tack. ((ex RAF).

I took a lot of stone off it recently, Heaving with slate

Vixen wrote:goodness knows what they used to build that line, in places it was hot and burning when we were kids

The embankments were built with colliery spoil and there is a site somewhere on the interweb, which tells you which colliery the spoil came from, but I can't find it.

Probably some slag from Pem.

The train line was there long before the war, the old bridge that went over the canal was built over another older bridge that was taken down with the newer one. Anyway, there was a rise on trhe route around where the Tippings is (Just before) and the train had to stop so another engine could push it up, and when it was stopped, some chaps ran up to the train and ran off with bananas, a never before seen fruit This was somewhere around 43/44. He was 6 ish. Anyway, the other side was fields with cows in it and the like, and it was called 'the reck', (recreation land), and there was a coach road with ran alongside the brook.
There were more streets parallel to the one opposite the new School.

On the other side of the fields was a road that came off Warrington Rd called Mill Lane , and some houses, ramshackle old things that had sinks that were carved out of stone. The tenants of one house were called Wilkins, that house was demolished around 20 years ago.

Today I saw the JCB on the Scotmans Flash side of the embankment, just off Poolstock Lane and thinking about it I saw a van last week on the roundabout at Goose Green, which probably had something to do with whatever they are dooing now with the new road route ....

Are they 'mothballing' the route

The job cleared some fly tipped crap is all, no actual work. There are still chemical sprayers going on though, but maybe that's just for the hogweed.

The work on the new road is due to start in September.

Mac wrote:The work on the new road is due to start in September.

Oh well that should please a lot of folk round there

And it will give tomplum something else to moan about

They will be building an accoustic fence to dampen the noise the road creates. Sad really because it was a beautiful wildlife haven until recently.
Rememeber this thread, because a couple of years into the future, when it's built, there will be no relief brought about by it, just pollution and tailbacks.

Once it was a beautiful walk, somewhere to enjoy.

Sir Bob wrote:And it will give tomplum something else to moan about

on the contrary sir bob, the sooner the better but it won't make a wazz in the ocean's worth of differance, they're making a new road but closing Poolstock Lane, that means there will still only be 2 major roads into and out of wigan and Warrinton road has a built in restriction ( scooow bridge) and a filter lane at the saddle that no one knows how to use, Plus In the 3 years it will take to build the motorists will have grown by a couple of hundred thousand at least ,
I'll say this again,,the problem is too many motorists,that problem needs addressing,
build proper cycle lanes with no cars on them, make public transport attractive,stop the school runs and needless car journeys, this is the way forward and eventually it will be realized,

Yoo have just proved me point, because they have not even started building it yet and you are moaning about it already