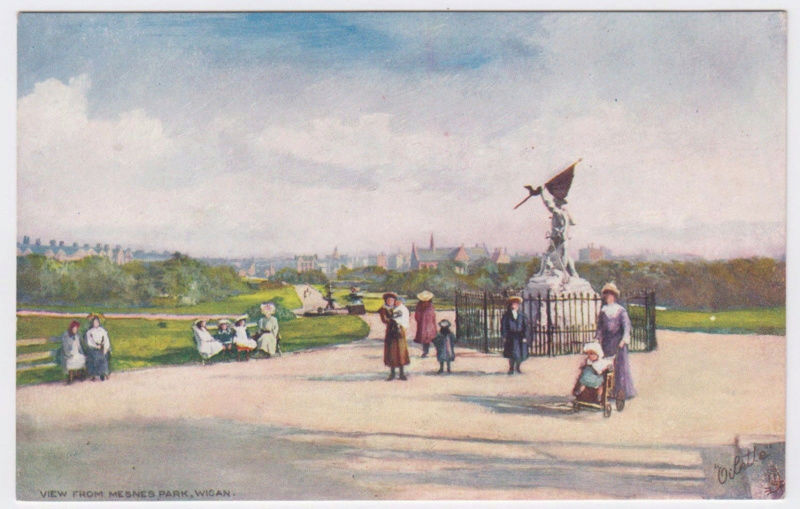 A public park laid out by John McClean and opened in 1878.

The area within which Mesnes Park lies was traditionally known as the Mesnes after the manorial demesnes land. The land, which was mostly meadow and pasture, formed part of the Wigan Rectory Glebe Estate, the Rector also being Lord of the Manor. By 1847 there were two collieries within the area of the present park, and the land was crossed by two tramways and a ropewalk.

The Mesnes was sold to Wigan Corporation under the Wigan Rectory Glebe Act of 1871, which included provisions for a Grammar School and public park. The 6.5ha (16 acres) of land were purchased for the Council at a cost of £2000 by the then Mayor, Nathaniel Eckersley of Standish Hall, a local mill owner. A further 5.5ha (14 acres) of land was leased and included the site of Turner's Colliery which continued in operation until 1880. In 1877 a competition was held for the design, the winner of which was John McClean of Castle Donington. His scheme was estimated to cost £2500 to execute, without the construction of the buildings. McClean was subsequently awarded the contract to oversee the implementation of the work. Eckersley, by then High Sheriff of Lancashire, performed the opening ceremony for the Park in August 1878.

Many thanks to Rosk for this cracking photo 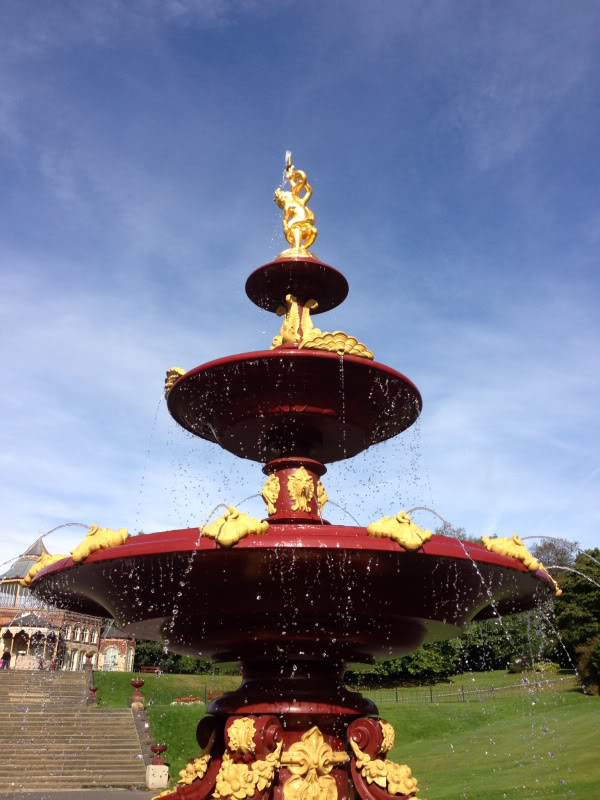 There's a right hand bend, on Donington Park race circuit, called 'McLeans'. It must be named after that mon!

Very interesting Admin. I've often wondered why it was spelt that way.

A lovely space to walk around, a credit to Wigan Council for the bandstand and fountain restorations.
It's a pity that they've let the tennis courts and bowling greens go to pot, but there is a notice to say they are going to be 'developed', so fingers crossed.

Manes Mesnes Park - the pride of our town.

Bit of a long shot.