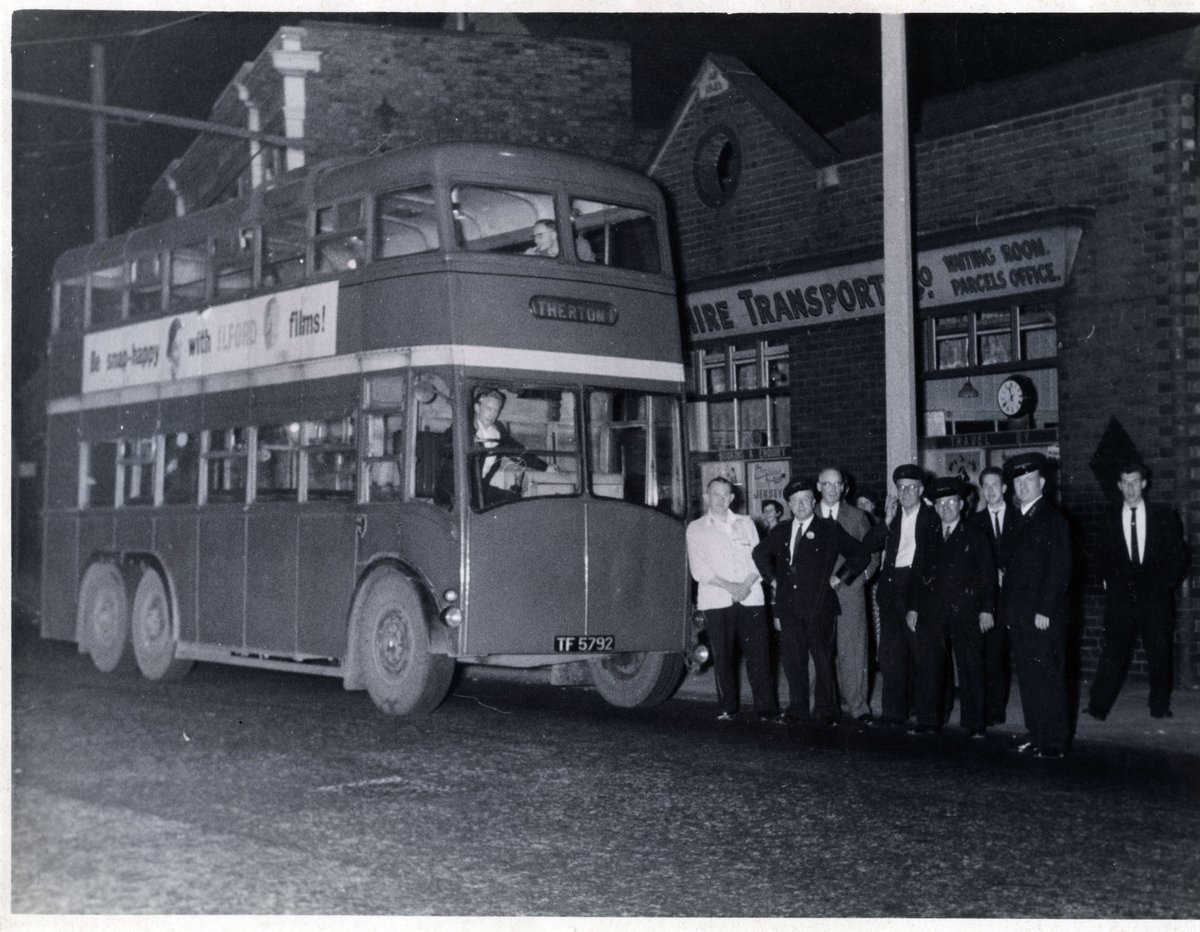 Me dad drove them just after WW2 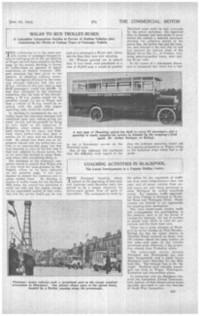 WIGAN TO RUN TROLLEY-BUSES:
A Lancashire Corporation Decides in Favour of Railless Vehicles after Considering the Merits of Various Types of Passenger Vehicle.
MHE controversy as to the most suitI_ able system of passenger transportation.for linking up one of the out-districts of Wigan has now been carried to the final stage by the council deciding in favour of trolley-buses as opposed to petrol motorbuses or electric tramcars. Diligent attention has been given to the question of adopting ordinary motorbuses, and figures obtained by the tramway manager indicated that four new 30 h.p. vehicles of this type, each to seat 28-30 passengers, would cost £5,936. It had been intimated to the tramways committee that the type of bits incorporating a 30 h.p. engine would not be powerful enough for use in Wigan and that a vehicle of 40 h.p would be required, with the result that higher operating costs would he incurred.
Ir. deciding to recommend the use of trolley-buses the tramways manager had calculated upon each vehicle giving ten years' service, and his grounds for doing so were based on the experience of Keighley, where similar vehicles have been running for ten years, and Bradford, where trolley-buses have been in service for 11 years and are still doing well. He stated that there was an impression abroad that the trolley-bus was only in an experimental stage, but that was disputed, in view of the fact that it had been adopted by eleven towns, five or six more had decided to adopt them, and others were considering doing so.


The .chairman of the tramways cornmittea stated in council that Wigan was in very much the same,position as Darlington, where, as we have indicated on the previous page, it has been decided to discard the tramways and to adopt railkss buses. By deciding in favour of trolley-buses for the Martland Mill route, the council has calculated it could not only pay the capital charges On the superseded capital of that route, hut that the service would pay its way and give passengers a 90 per cent, better service than they were now enjoying.
Mr. Webster pointed out in council that if four buses were purchased at a cost of £1,075 each it would be possible to run a five-minute service on the Martland route.
One of . the aldermen felt convinced that the difficulty with regard to the
Martland route could be best overcome by the petrol motorb-as. He "regretted that nu attempt had been made to place before the council a detailed statement showing the collective merits of the petrol bus, the trolley-bus and the tramcar, and referred to the fact that he had just perused the balance sheet of the Ribble Mc-tor Bus Co., of Preston, who, using petrol-propelled buses, Were paying 10 per cent.
In the course of a subsequent discussion it transpired that there was a fear that the ordinary motorbus would not be a paying proposition in Wigan owing to the numerous stops which had to be made.
_________________
https://www.wigan-rejects.com/

Vixen wrote:what was a trolley bus?

"A bus powered by electricity obtained from overhead wires by means of a pole."

I think the Poles name was Valter.

One pole, or two?

Unlike a tram, the power can't earth through the rubber tyres.

When my little brother and I were around 8-9 years old, my mother would take us to visit our cousins in Tyldesley.

It took three buses to get there.

One from Pem to Wigan. One from Wigan to Atherton, (I think) and this trolley bus to Tyldesely.

We used to love this journey especially on the trolley bus.

Thanks for the memories, Mrs A.

Does anyone remember these? 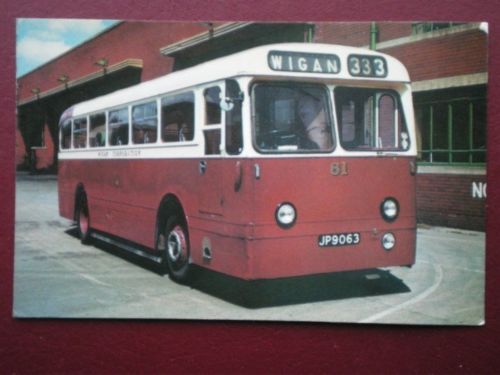 I went to school in Ashton on trolley buses 1955/56 ish . If the trolley bus went over the canal bridge too fast the pole came off the wires . There was a long bamboo can in a tube down the side of the seat which was used to put the pole back on the wires. Round about 1956 the trolleybus were replaced by petrol buses .

I vaguely remember the tram lines in Platt Bridge.

Tram lines will still be there, just tarmacked over

read A Trollybus to the Punch Bowl

I wonder if you can get it at the library. It looks a bit expensive at £32

Found a slightly cheaper one here.

A Trolleybus to the Punch Bowl: The Trolleybuses and Routes of the South Lancashire Transport Co.Ltd., 1930 to 1958

I've seen these in films. Allus promised myself a holiday in SFS

A particularly notable feature of its operations are very steep grades. The system includes the single steepest known grade on any existing trolley bus line in the world