Wigan was the home of the best market hall in the land. It had the greatest atmosphere ever.

Beecham was the family business of Thomas Beecham (1820–1907), a chemist. He was the grandfather of the conductor also named Thomas Beecham (1879–1961). As a boy, he worked as a shepherd, selling herbal remedies as a sideline. He then started as a travelling salesman or peddler.

Their first product was Beecham's Pills, a laxative, in 1842.[2] Subsequent success enabled him to open a shop in Wigan in 1847

My wife was born in Great George Street.

Colin Bean (Private Sponge in Dads Army) was born in Wigan, lived in Scholes. His dad played for the Latics.

Rolf Harris, on a fleeting visit to Wigan, chucked his bag of sweets in the bin on seeing Dostaf

Mac wrote:Rolf Harris, on a fleeting visit to Wigan, chucked his bag of sweets in the bin on seeing Dostaf

Behave on my serious educational thread.

Please miss. He started it!

Rose by Martin Cruz Smith was set in Wigan

The year is 1872. The place is Wigan, England, a coal town where rich mine owners live lavishly alongside miners no better than slaves. Into this dark, complicated world comes Jonathan Blair, who has accepted a commission to find a missing man.

As Rose and Blair circle one another, first warily, then with the heat of mutual desire, Blair loses his balance. And the lull induced by Rose's sensual touch leaves him unprepared for the bizarre, soul-scorching truth. . 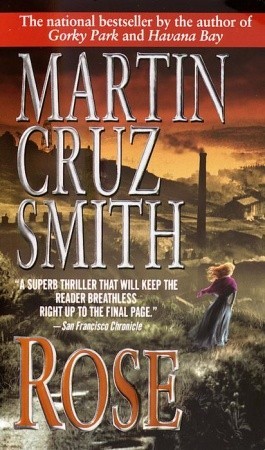 There is a Ballad of Wigan Pier

Heinz make a billion cans of beans a year.

Admin wrote:Rose by Martin Cruz Smith was set in Wigan

The year is 1872. The place is Wigan, England, a coal town where rich mine owners live lavishly alongside miners no better than slaves. ....

There's Wigan 'fact' and there's also Wigan 'bullshit'"! Wigan was never a 'coal town' and no 'mineowners' lived in Wigan in 1872.

Heinz COMPANY PRODUCTION FIGURES .....  CLAIM   .....  IN THEIR OWN PUBLISHED ACCOUNTS  ....  that their factory situated in Orrell, in the area governed by Wigan Council, in Greater Manchester, England, UK,  PRODUCES 1.5 million cans of beans a day.

If 'Heinz', a Worldwide Company, produce over 1 billion cans of beans a year, it follows that any amount OVER 547.5 million MUST BE PRODUCED IN THEIR SEVERAL OTHER FACTORIES, WORLDWIDE?

A 'coal town' produces coal over and above any other produce. Wigan town, produced very little coal. It processed much cotton and most of it's population was employed in it's many mills, one of which was amongst the largest in Britain.

Admin wrote:Wigan was  twinned with the French town of Angers in the Loire Valley in 1988.