(1934-1988)
Born in in Mesnes Road, Wigan in 1934, this short, pudgy cheeked and funny character successfully made the move up from television comic and bit part actor into the Hollywood movie. Roy Kinnear earned a place for himself in British television in the 1960s, first appearing in the BBC's satirical show "That Was The Week That Was" (known as "TW3") with the likes of Ned Sherrin, Ronnie Barker, John Cleese and David Frost.
Kinnear had prematurely ended his education in Edinburgh at the age of 17 go into RADA (the Royal Academy of Dramatic Arts), and thereafter he had to postpone an acting career in 1951 to complete his National Service in Her Majesty's Forces. On completion he appeared in several radio and television shows in Scotland, before making his film debut, when he appeared for a few minutes as a bus conductor in the film "Tiara Tahiti" . Other films in which he appeared include "Sparrows Can't Sing" (1963), "The Hill" (1965), "Willy Wonka and the Chocolate Factory" (1971), "Alice's Adventures in Wonderland" (1972), "The Three Musketeers" (1973), "Juggernaut" (1974), and "The Adventures of Sherlock Holmes' Smarter Brother" (1975).
He died on the 20 Sept 1988 in Madrid, Spain, as a result of an accident while filming a chase scene on horseback during the making of the film "The Return of the Musketeers" .

(b. 1943)
Born Clive Powell in Leigh, Greater Manchester, on 26th June 1943, Georgie Fame began playing the piano at an early age for various local groups, including The Dominoes (named after his hero, Fats Domino), before his family moved to London in 1959. He was "discovered" by, Lionel Bart, (songwriter, best known for the musical "Oliver" ) when he spotted Georgie as an outstanding 16 year old. Bart introduced him to his own manager, Larry Parnes, who immediately signed the youngster, renaming him Georgie Fame in the process. Georgie went on to piano in many of Larry Parne's backing bands accompanying stars like Marty Wilde and Vince Eager before joining Billy Fury's "The Blue Flames" 1961. When Billy Fury replaced The Blue Flames with The Tornadoes, Georgie decided to continue the original band himself, and managed to secure a contract as the resident musicians at The Flamingo Jazz Club in London where they soon built up a large loyal following, which in part helped earn them a recording contract with EMI 1963.
Records have included their debut album, "Rhythm & Blues At The Flamingo" followed by "Rhythm & Bluebeat", "Fame At Last ", (which reached No 15 in the UK Album Charts in 1964). His best known hit was "Yeh Yeh" which reached UK Number 1 (it reached No.21 in USA) and sold over a million copies, knocking The Beatles' "I Feel Fine" off the Number One position - nom mean feat at that time. Other music included hit single "In The Meantime", "Like We Used To Be" and "Something" . Georgie's second UK Number 1, "Getaway" came in 1965. Fame broke up The Blue Flames in 1966 to pursue a solo career. As a soloist he produced "Because I Love You" which reached No.15 in the UK charts, "Try My World", "Sound Venture" , (Number 9 in the UK), "Hall Of Fame" (Number 12), "Two Faces Of Fame", "The Ballard of Bonnie & Clyde" (December 1967), "The Third Face Of Fame", "By The Time I Get To Phoenix", "Peaceful" and many others. In 1971 he teamed up with organist Alan Price (ex-"Animals" member) but their album "Fame and Price" failed and the partnership was short-lived and ended in 1973. He went on to reinstate The Blue Flames but it was only a shadow of its former sense and failed to achieve any recognition. Disappearing from the public eye, Georgie even took to writing jingles for television advertisements - little has been seen of him recently although he has contributed to other bands recordings in a minor or background role. 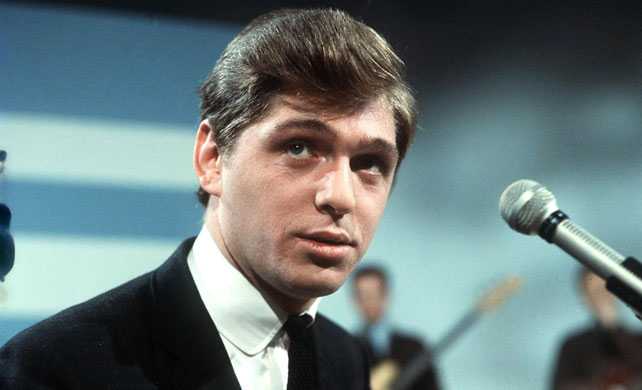 (1904-1961)
Born in Westminster Street in Wigan, the eldest of seven sons, George Formby was christened William Booth. His father James had been a well known music hall comedian who also used the stage name George Formby. He had made a name for himself and drew large audiences to the Wigan Hippodrome Theatre, where he was known as the "Wigan Nightingale" in the early years of the century. It had been his father who is credited with starting the Wigan Pier joke.
George Formby Junior was a top UK box office draw between 1936 and 1945, during which time he was reputed to be Britain's highest paid performer. His style was distinguished by his portrayal of a rather naive Lancashire lad, who held rather staid and prudish views and attitudes, but whose cheeky twinkle in the eye, and catchphrase "Turned out nice again an't it?" endeared him to millions. His act was invariably accompanied by his songs, and the playing of the ukulele which became popular in their time. Songs such as "When I'm Cleanin' Winders" and "With Me Little Stick of Blackpool Rock" made him a popular film comedian and a best selling gramophone record producer. As a small boy, Formby had intended to become a jockey and worked for a time as a stable boy, but after his father's death in 1921 he gave that up and turned to a career on the stage.
He later married Beryl Ingham, (then one half of a clog dancing act with her sister May), and she was to become his manager and mentor in show business. Her overbearing and dominant nature, combined with constant jealousy made her overprotective of Formby, and the marriage was far from a happy one, though she was also energetic and pushy and did much to promote and maintain Formby's career successes.
Several of his early films were made in Manchester, including "Off the Dole" and "Boots! Boots!" , the latter filmed above a garage in Manchester. Between 1937 and 1943 he had the distinction of being the most widely watched British film star. Practically all of his films were vehicles for his songs, most of which subsequently became musical hits in their own right.
Other films by Formby include "Riding at the TT Races", "Come on George", "Trouble Brewing", "Let George Do It", "Spare a Copper" and "Turned Out Nice Again". He died in retirement in 1961.
See also the website at: http://www.georgeformby.co.uk/

(Born 1963)
Born in Ashton-in-Makerfield in Wigan in 1963, June Croft is a member of the Wigan Wasps Swimming Team, and trained at the Wigan International Swimming Pool. She was British record holder and champion from 1974-1984, breaking the world record for the 200 metres at the Commonwealth Games in Brisbane in 1982 by completing the distance in under 2 minutes. In the 1980 Olympic Games she won silver and bronze medals and has been three times Commonwealth Games Gold Medallist.

(1905 - 1952),[1] was an English opera singer, who having married a German and emigrated to Germany, became a British spy during World War II, who met Adolf Hitler and sang at a British prisoner of war camp.[2]

Booth was born in Hodges Street, Wigan, Lancashire, the daughter of Levi and Ada Booth. The family later moved to Southport. Booth trained in Bolton with R. Evans, in Knightsbridge with Eileen D'Orme, and then the Guildhall School of Music, where she won the Merscer'Scholarship in 1925, then the Opera Scholorship and Liza Lehmann Prize.

She made her professional debut at the Queen's Hall, Wigan, on 4 October 1935. She then moved back to London to continue her career in Covent Garden London in 1936, but marriage to Dr. Egon Strohm, from a brewing family in the Schwarzwald (Black Forest), took her to Germany.[2] Booth's career blossomed with performances at Bayreuth and with the Berlin State Opera, but she also made irregular appearances at Covent Garden. She starred as Madalene in 1936, as Flosshilde in Götterdämmerung, as the Shepherd boy in recording of Tosca with Hildegard Ranczak, but was most famous for her portrayal as Carmen.[2]

At the outbreak of World War II the Nazis mistakenly trusted her, sending her to Freigegeben (Open Prison) Stalag III-D, a camp for potential recruits to the British Free Corps. There she worked with British agent and prisoner John Brown to obtain details of traitors.[2] On one occasion she sang before Hitler just after a British officer had hidden secret documents in her dress; Hitler subsequently sent her red roses wrapped in a Swastika flag.[1] In early 1944, she was arrested by the Gestapo as a suspected spy, and although tortured, did not reveal any information.[3] On release she made her way west, and was liberated in Germany by the advancing US Army.

After the war, information she provided was used to convict both Lord Haw Haw and John Amery, both of whom were hanged for treason.[2] She then returned to London, but was professionally rejected as producers mistakingly concluded that she had been a Nazi, and was offered no work. Emigrating again to New York, on arrival she was referred to a doctor who diagosed her with terminal cancer. She died in obscurity in New York from complications of cancer in 1952.[3]

A biopic-film, planned for release in 2014 around Booth's life and her Second World War activities, is currently being made by director Xavier Koller, nominally titled The Spy in the Eagle's Nest 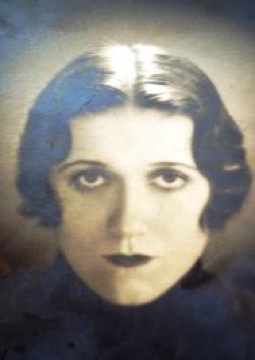 Frank Randle was born in Aspull.

Conflicting information Joseph Wiki says Aspul. Manchester television UK says Standish. Will take your word for it though joseph you are a mine of information

Mac was born just outside Wedlock (wherever that is) if that helps.

@Admin wrote:Conflicting information Joseph   Wiki says Aspul.  Manchester television UK says Standish.  Will take your word for it though joseph  you are a mine of information

They should learn to spell his surname correctly too.

Oh, Ha-bleedin-ha.
Again with the funnies!

He had more Uncles than U.N.C.L.E growing up he did!

50 Wigan Road, Aspull, which is more New Springs to me near the school.

Peter Kane would have nothing to do with Wigan.  He wasn't a Wiganer, or a Wigan boxer.
He should be taken off the list.

I went to a seance last night were Peter Kane knocked on the table. Apparently, there was a dominoes game going on.
Anyway, He said 'I like Wigan, Me. Golborne smelled anyway so I told people I lived in Wigan'.
There you have it, straight from the boxer's mouth.

No.  Peter Kane lived in Pewfall, not Golborne.  He moved to Pewfall because he could foresee Golborne council being put into Wigan borough and he didn't like Wigan.  He never told anybody he lived in Wigan, due to the fact that he lived in St.Helens!

@stumpy wrote:he was born in what is now Cheshire who cares what the snobs of Cheshire think

He was born near Rochdale, in Lancashire!

Luke Marsden!  Why has nobody mentioned him?  He's definately a Wigan Celeb.,  laaaaike! 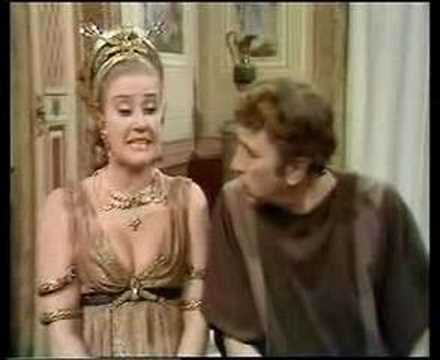