Catch as catch can

Catch as catch can


Roy Wood is back teaching Wresting. Great news for the kids.

Billy Riley was my Grandad's best mate. Good to see wrestling back in Wigan.
See page 2

Many may be unaware that Wigan’s Billy Riley became World Middleweight Champion by beating Carroll ‘Pinky’ Gardener at Albany, 1922
_________________
https://www.wigan-rejects.com/ Mac, i might be getting confused but was Rileys gym at the back of Whelley School

It says on one of the pics Rileys Gym Whelley. But the pic seems to have been taken some time ago. In fact 1979

Yes, KPC, it was on Pyke Street.

That's 'proper' wrestling. Not that acting about what comes on t'telly again, now!

Grappling. Grab 'old of any bit you could.

America may have produced the best boxers in the world, and Japan the best Judo exponents. But there is one sport in which the name of Wigan has been made famous as the hoe of the best - and that is professional wrestling.
The legendary Billy Riley made the world championship his own before the war. He has since trained champions of every class, including his son Ernie, and Wigan has produced the past masters consistently in the world of grunt and groan.
The showbiz aspect of professional wrestling today, with its costumes and its gimmicks, may strike you sometimes as rather comic television entertainment. But though entertainment for the paying customers is part and parcel of the game, don't let the facade fool you.

When the title and money are there to be won in serious combat, some of the best contenders will soon show their mastery of scientific fighting and ringcraft. Qualities at which the tough mining men of Wigan have always excelled.
Certainly Wigan's wrestling fame didn't start with the imcomparable Billy Riley. Long before his day the big money matches were drawing big crowds, and local lads made names for themselves in taking more than their share of that lovely lolly.
Their names were revered among the Wigan sporting fraternity of the time and among the great hearted local fighters was the late Jim Foster, the Pemberton middle weight wrestler, whose matches were brawing the Wigan crowds in the early years of this century.
Born in Billinge Road, Pemberton, about 1880, Jim Foster was a miner who found wrestling fame in the days when places like Central Park rugby ground were a favourtievenue for the tough guys of the ring as well as Rugby League men.
The weight limit for middle weight then was 11st 6lbs and Foster compacted that weight in his 5ft 6in tall body. He was trained by his elder brother Henry, who was no mean wrestler himself.
One of Foster's memorable fights was against Joe Carroll at Central Park on July 28, 1906. The match, for the best out of three falls, attracted 2,500 spectators. Tom Eatock of Ince was the referee and Mr. J. Howe, of the Sporting Chronicle newspaper, was the timekeeper.
What a hard, marathon fight it was. Foster was 25 years old at the time and carroll was 38. The two men wrestled for no less than 75 minutes without managing to throw each other and the match was declared a draw.
Those old time fighters expected lengthy fights. Foster once fought the same match two days in succession.
Another notable match for Foster was when he gained a points decision over the American star Wayne Ketoen. The hard work in the mines made wrestlers like Foster very fit indeed. But he still found time to think of others, as is shown by the fact he was a member of the mines rescue team at the old Crow Pit, Bryn.
Wrestkubg was a bigger draw in Wigan then than it is now. When Foster fought Carroll, both men were honoured by the presence among the spectators of Japanese champions Tukio Tani and Tarro Mayaki, who were appearing in a wrestling exhibition at the Wigan Hippodrome at the time.
Foster also trained another well-known Wigan wrestler Bob Berry, who fought the Austrian Irslinger at Central Park. Foster himself fought his last match at the ripe old age of 42.
Jim Foster dies at the early age of 50 in 1930. But he left behind his own contribution to Wigan's wrestling pride, which men like Bily Riley and the other great sportsmen of the ring have more than matched, to keep a Lancashire town on top of the sporting map. 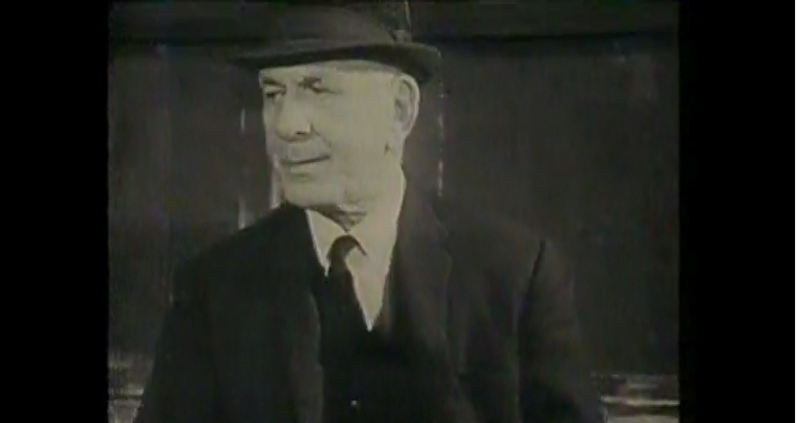 ITV are certainly good at scraping the barrel 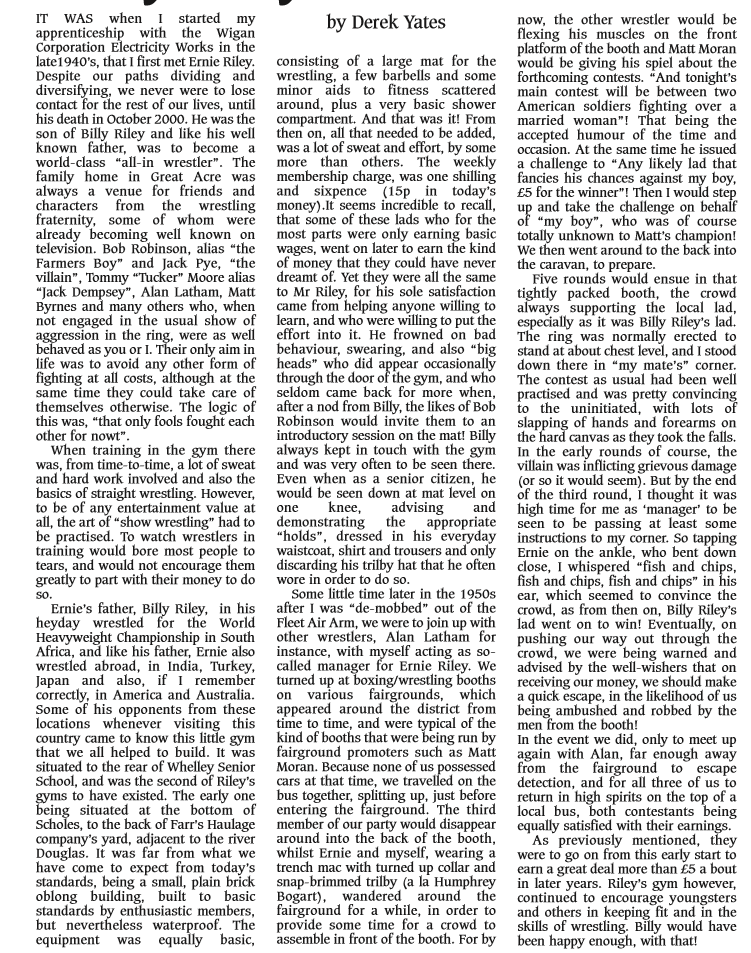