How times change. I wonder what a parcel boy did? Bring back the bus conductors  I say

I bet those Motormen were cold in Winter.

There used to be a place under the stairs for parcels. I'm too young to remember a parcel boy

A horse tramway was built in 1880 by Wigan Corporation and leased to a succession of private companies. Services ran to Pemberton, Aspull and towards Standish.[2]
Steam tram operation was also introduced, but by 1901 the Corporation took control of operations and electrified the services.
One year later, in 1902, the Corporation took over the steam tramway routes operated by the Wigan and District Tramways Company and converted these to electric power.
The corporation did not take advantage of the opportunity to convert all tramways to a single operating gauge, so for the thirty years of electric tramway operation, there were services operated on 3 ft 6 in (1,067 mm) and 1,435 mm (4 ft 8

Captured from a you tube video. I wonder if the tram lines are still under the road 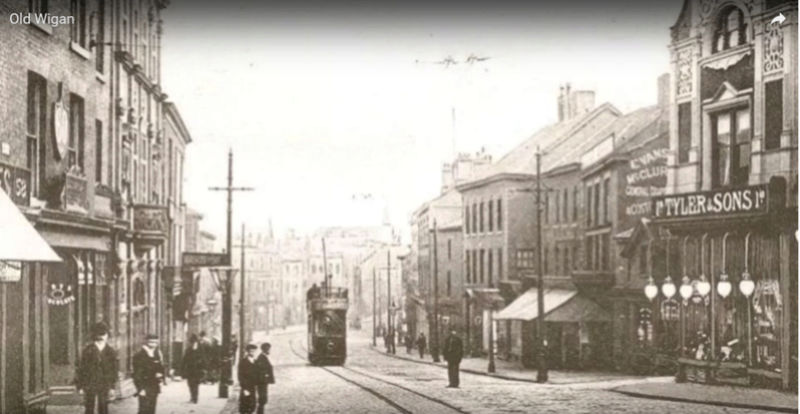 Corky Ringspot wrote:I bet those Motormen were cold in Winter.

A network of little huts at principal stops and termini soon grew up, where trams would drop off parcels that had been collected, and boys would then use barrows to take the parcel to its final destination - and no doubt not above receiving the odd tip.

1883
First steam tram operates in Wigan by the Wigan and District Tramways Company.

Steam tram seen in Hindley, at the junction of Market Street, Bridge Street and Ladies Lane (St John's Church is on the left)

Very interesting.
Thanks Mrs A.

Buses are so expensive now, that you might has well use a taxi instead. 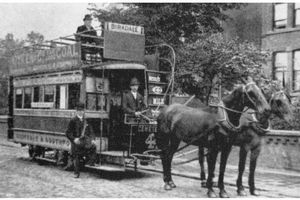