Latest update - July 2017
The existing bus station will be closed for redevelopment after the last bus service on Sunday 30 July 2017.
During construction, temporary bus stops will be sited at the following locations:

*To accommodate temporary bus stops in the Market Hall layby, taxi services will be temporarily relocated in the town centre

they should have started on it on day one

Taxis have done awreet over the first two days, but general public are very unhappy about it and I spoke to a bus driver last week and he said that 'they' as in all the bus drivers were very peed off about it and on about clever bus drivers, yesterday a bus driver pulled on to The Galleries Access Road Adjacent to New Market Street in an empty bus and the gaffers on there directed him to his bus stop with the instruction,, "go down there (pointing towards frog lane) "then left and then left again",,, daft bugger, brain of Britain, turned left into the bottom of Market Street and drove right up to where it's the no entry sign, in a double decker bus and then the gaffers had to reverse him out of there

It's them bus spotter what'll cop it.

Then again, it may add a bit of excitement if the 586 has a new departure location. Let alone the variety if it has an alternative arrival point. 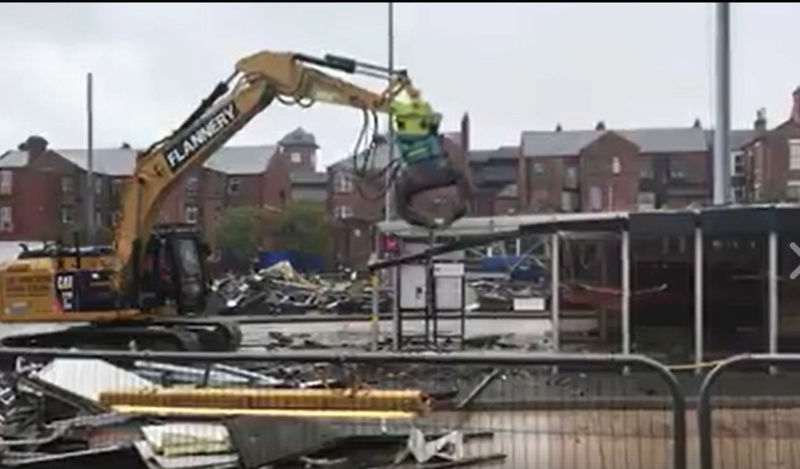 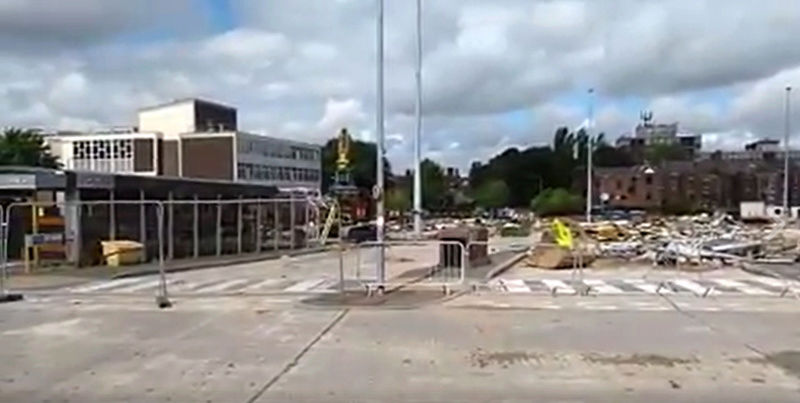 They are not messing about are they

Today an owd chap walked around from The Galleries Access Road Adjacent to New Market Street  to the taxi rank on Market Street and flashed his bus pass and demanded to be taken to Chorley, he had missed the Chorley bus which now goes from the  The Galleries Access Road Adjacent to New Market Street and he had demanded that the bus station staff on there, send him by taxi to Chorley, because it was their fault that he had missed his bus, because they had moved the bus stop, so to get rid of him they said "well if you want a taxi they are there around the corner" hence that is how we ended up dealing with him and he was going going mental, the taxi driver explained that we had nothing to doo with the buses, but he wouldn't be told, so he was giving it "are you refusing to take me" and "I am going to report you" and all that and the taxi driver said "look I am not refusing to take you to Chorley, but it will cost you about twenty pounds" and he weren't an happy bunny that chap

It is the first one, Chorley bus, the first bus stop around corner from Market Street.

Some buses are parked Opposite the entrance to Uncle Joes.

The installation of the roof – which is partly made up of Ethylene Tetra Fluoro Ethylene (ETFE), the same material used in the domes at Cornwall’s Eden Project and for the roofs at Bolton, Rochdale and Altrincham interchanges – is now complete. The ETFE sections of the roof are fully recyclable and extremely durable as it is unaffected by sunlight, pollution and weathering. It is a largely clear material too, creating a bright environment in the bus station and reducing the facility’s energy consumption.

I think its ok. Wait and see what its like from the inside.

Can't see too many people going to Downing Street to catch a bus.

It should be coming on a treat by now