Thanks, Admin, that's a good watch. I'll check out more of that chap's local videos.

www.forgottenrelics.co.uk:
In 1882, the London & North Western Railway constructed a short connection between Whelley and Standish Junctions ... It crossed the valley of the River Douglas at a height of 50 feet on a substantial viaduct, approaching 1,000 feet in length. The structure comprises eight brick arches at its curved northern end, six girder spans and five further arches to the south. It was known locally as The Twenty Arches despite there only being 19!
Closure came in 1973. Despite its scrap value, the structure remains intact today although trees conspire to mask it.

Around 7:45 he talks about the brickwork of an arch's underneath, angled at about 45 degrees.

He also points out the Corbelling - a new word on me - that is beautiful detailing! 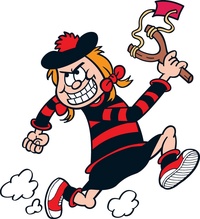 I enjoyed that, still not a clue where it is though

Sue, if you were to go to Boar's Head, then down Chorley Road, it'd be behind the houses on your right. The Douglas goes under the remaining viaduct after going past what was the bleachworks.

Should I stumble across one, during my travels, I'll hand it in at the nearest police station!

Either that or hand it in at that place on Bridgeman Terrace.


I had to google that after initially putting Mesnes Terrace. Bridgeman being rather apt. I'll remember that in future.

Corky Ringspot wrote:Either that or hand it in at that place on Bridgeman Terrace.

Is this Bickershaw colliery bridge still there I wonder? 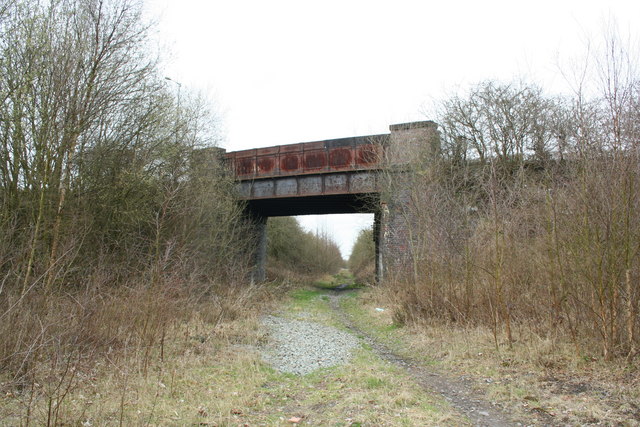 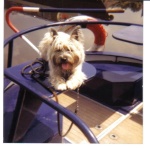 I just watched this,it was interesting because I have been there years ago,and it wasn't too overgrown,if you want to see angled brickwork,the tunnels leading into Borsdane wood are built the same way.

moodysue2 wrote:I enjoyed that, still not a clue where it is though

If yoo lookey here at this pic of just before the Boars Head and if you go down the little dirt track, down there to the left, if you go down it to that farmers gate you can see at the bottom, then you will get a full view of the viaduct, if there is anything blocking the view now, because it is a long time since I went down there, just climb over the gate and walk to the right until you see the viaduct.

I went to see this viaduct earlier this year around Easter, and was very impressed with how high it is looking up from the base, and the intricate patterns of the brickwork previously mentioned. I took the route along Pendlebury Lane - Wingates Road to see it, starting from where Leyland Mills Lane links to Wigan Lane. 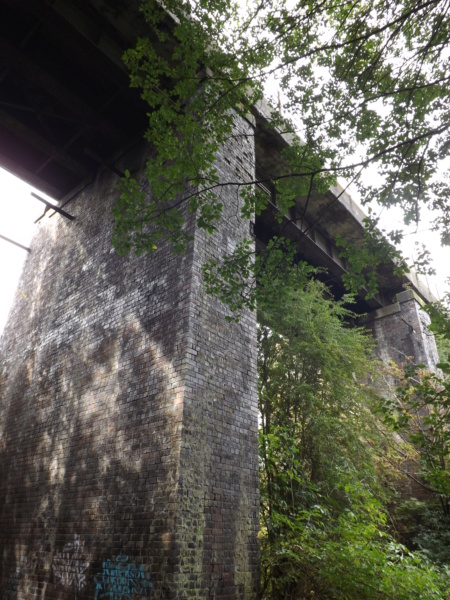 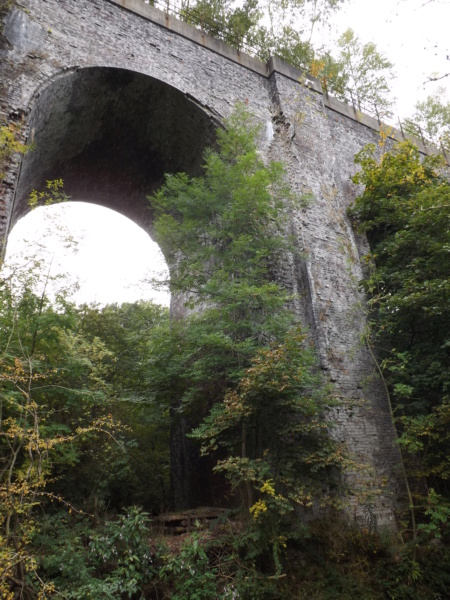