Blame Ray when the bother starts.


Best get the wriggly tin out.

That photo is Cable Street not Keble Street, the wriggly tin I used to kick was on Belle Green Lane.

Higher Ince is the posh part of Ince where you get out of the bath to have a wee!!!!!!!!

But I do, Corky, it's too late to try to wriggly out of it! See the thread title!

Perhaps the V in the title was a bit inappropriate, Jo anne.

I shouldn't like the Incers to get agate of each other

You Wiganers and your gates, Corky!

We do have garden, yard and lock gates in Ince. And was Ince Bar once a toll gate?

Were/are there any more? 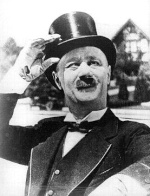 Always thought it was the railway bridge. As a kid, wandering over the bridge was almost as dangerous as going to Leyth.

As a lad from up Belle Green Lane I always made sure me Docs were fastened tight when going over the bridge.


Just so they didn't fall off I had to run back pretty sharpish.

Joseph wrote: As a lad from up Belle Green Lane I always made sure me Docs were fastened tight when going over the bridge ......

They didn't have Docs when you were a lad, Joseph. Clogs, yes. But not Docs?

Mine were Tuxan Red with yellow laces so ner!


That's the Docs not clogs.

Whilst chatting to an elderly couple recently they asked where I lived and when I said Ince mentioned how they’d met a man who’d “mithered” them that Lower Ince is actually higher than Higher Ince.

I wonder if it was anyone we know?

I hope they didn't tell him they were from Wigan and get the third degree.

Luckily for them they weren’t from Wigan, Corky.

In which case I hope they didn't ask about Roman activity and coal mining in the Millgate area.

I suspect they were mithered enough to dig any further, Corky.

The Etymology of Higher and Lower Ince - Wikid
“The modern day names derive from the original ‘Hiah Ince’ and ‘Helloer Ince’, both being a nod to the friendly nature of all Incers.”

However,  I was up at a caravan park near Guy's Thatched Hamlet last week.  Mrs. Tonks was with me.   The couple who's caravan I was measuring had a bit of a Bolton / Leyth accent.
I asked them if they were from Bolton, Atherton or Leigh?
"Noooo-ooo", she said, "we're from Wigan,  it's houw Wiganers souwnd"!
"Oh., " said Mrs Tonks, "I'm from Wigan. Earl Street, originally, then Shevington, then we moved back to Wigan. Beech Hill".


Aye, well, you can't put owt where there is nowt, so I just gorron wit'job in hand!

jo anne wrote:Luckily for them they weren’t from Wigan, Corky.

Were they from Ince?

No, but they knew the area as they’d had family who lived there.

You must be a great laugh at parties, Tonks.