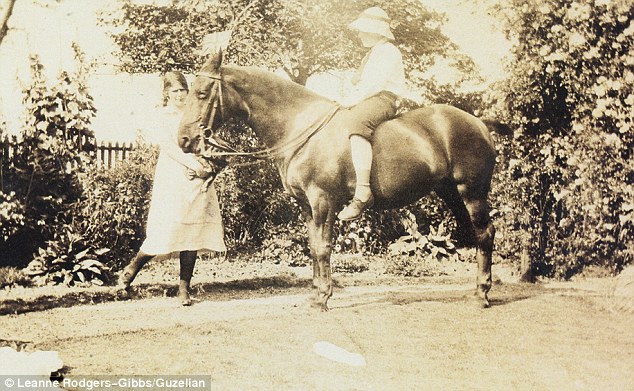 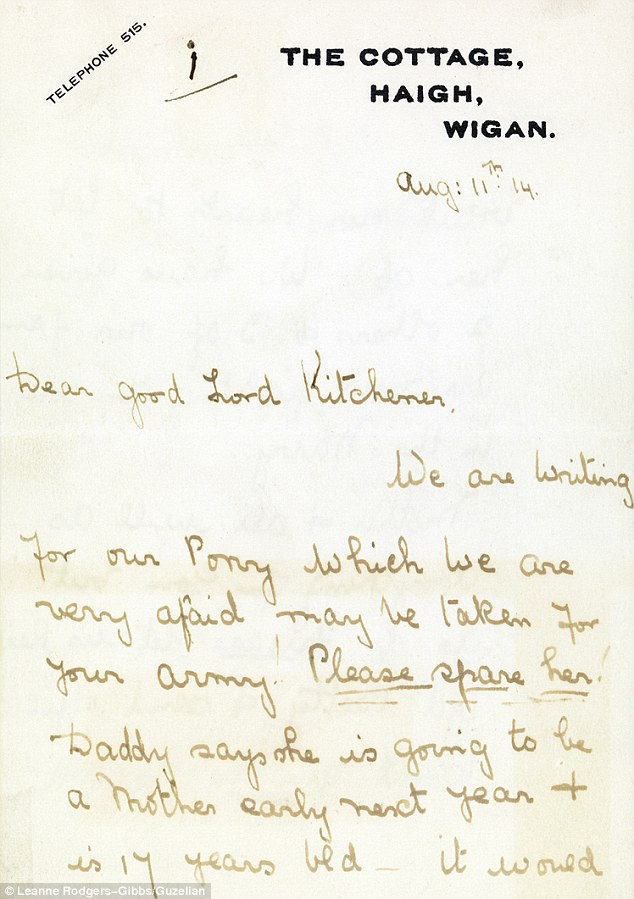 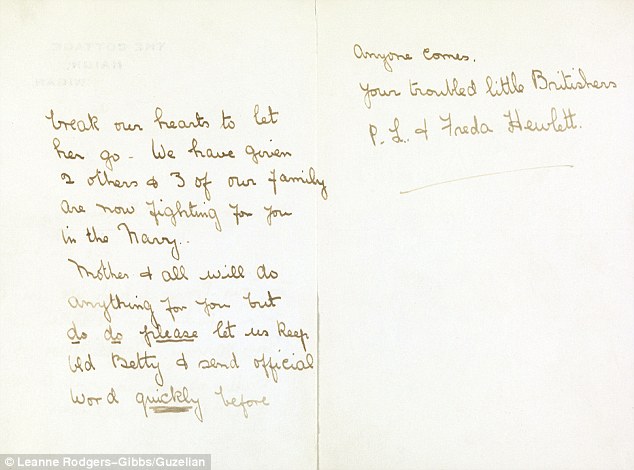 Having lost two of her beloved horses to the Great War, schoolgirl Freda Hewlett was distraught that her pony Betty would soon be called to the front line as well.

In desperation, the youngster and her brother wrote a heart-breaking letter to Lord Kitchener, pleading with the Secretary of State for War to ‘spare’ their 17-year-old mare.

Signed ‘your troubled little Britishers’, the note must have touched bureaucrats in the War Office, who agreed Betty could live out her days at the family’s farm in Haigh, near Wigan.

War Horse was a good film. We tend to forget about animals used in war.

There is an Animals in War memorial on the edge of Hyde Park in that London. Worth visiting and reflecting on.

Eight million horses and countless mules and donkeys died in the First World War. They were used to transport ammunition and supplies to the front and many died, not only from the horrors of shellfire but also in terrible weather and appalling conditions. Mules were found to have tremendous stamina in extreme climates and over the most difficult terrain, serving courageously in the freezing mud on the Western Front and later at Monte Cassino in World War II. Equally they toiled unflinchingly in the oppressive heat of Burma, Eritrea and Tunisia. There are many inspiring and often tragic stories of the great devotion and loyalty shown between horses, mules and donkeys and their masters during some of the bloodiest conflicts of the 20th century.

The dog's innate qualities of intelligence and devotion were valued and used by the forces in conflicts throughout the century. Among their many duties, these faithful animals ran messages, laid telegraph wires, detected mines, dug out bomb victims and acted as guard or patrol dogs. Many battled on despite horrific wounds and in terrifying circumstances to the limit of their endurance, showing indomitable courage and supreme loyalty to their handlers.

More than 100,000 pigeons served Britain in the First World War and 200,000 in World War II. They performed heroically and saved thousands of lives by carrying vital messages, sometimes over long distances, when other methods of communication were impossible. Flying at the rate of a mile a minute from the front line, from behind enemy lines or from ships or aeroplanes, these gallant birds would struggle on through all weathers, even when severely wounded and exhausted, in order to carry their vital messages home.

Elephants, camels, oxen, bullocks, cats, canaries, even glow worms — all these creatures, great and small, contributed their strength, their energy and their lives in times of war and conflict to the British, Commonwealth and Allied forces during the 20th century.

The Memorial is a fitting and lasting tribute to them all.

A good book to read is Jilly Cooper's Animals in War.

Beautiful animals...what a horrible world it would be without them.

June 1940 Horses killed in the Battle of France as they pulled the household items of the fleeing villagers. A favourite pastime of the Nazi pilots was to strafe columns of evacuees, I would think the horses would have been used to feed the hungry folk left behind.