The Blackpool Tower will be abuzz with excitement today (May 14) as the Lancashire landmark celebrates its 125th birthday.

The doors will open at 10am, when all visitors will be welcomed by tower staff in traditional Victorian outfits, commonplace when The Blackpool Tower first opened to the public.

Staff from yesteryear will return to the attraction to look at how it has changed across the decades.

At 12pm, The Blackpool Tower Ballroom will hold an event for VIPs and honoured invitees. Each person in attendance will receive a '125 birthday' themed afternoon tea and a slice of birthday cake, created especially for the occasion.

I loved Blackpool as a child and teenager I thought it was the greatest place for a day out. Sadly I stayed away in recent years due to the daytime stag and hen do parties roaming the streets, not something I wanted my grandkids to wittness.

I drove along the prom a few years ago, my how it has changed, I think thats the reason that Benedorm and similar places have never been my choice of holiday destinations. I imagine them to be like Blackpool is now. Each to their own I suppose
_________________
https://www.wigan-rejects.com/

I love the Opera House and the Tower Ballroom.

I like a clear road out of the place

A very British day at the seaside 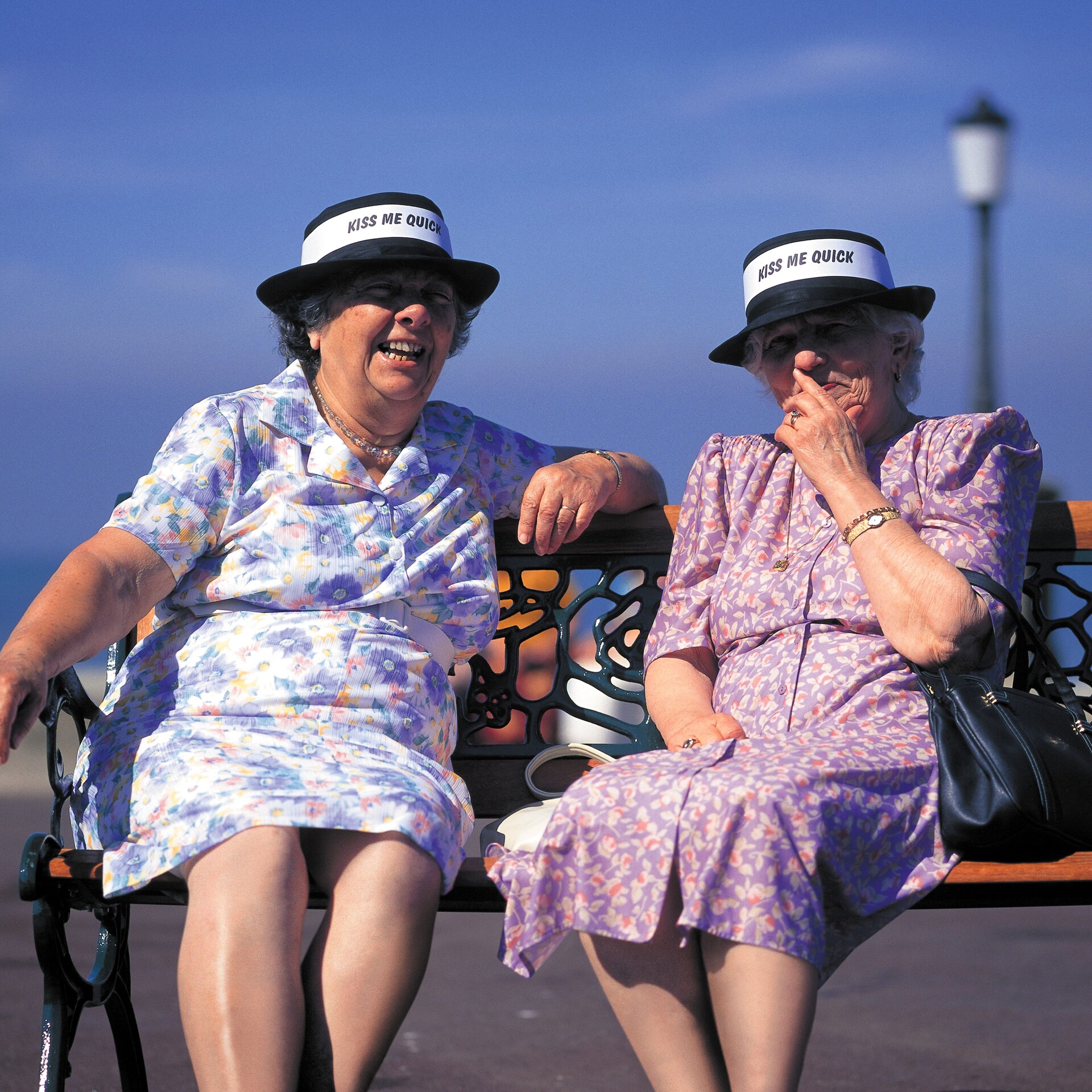 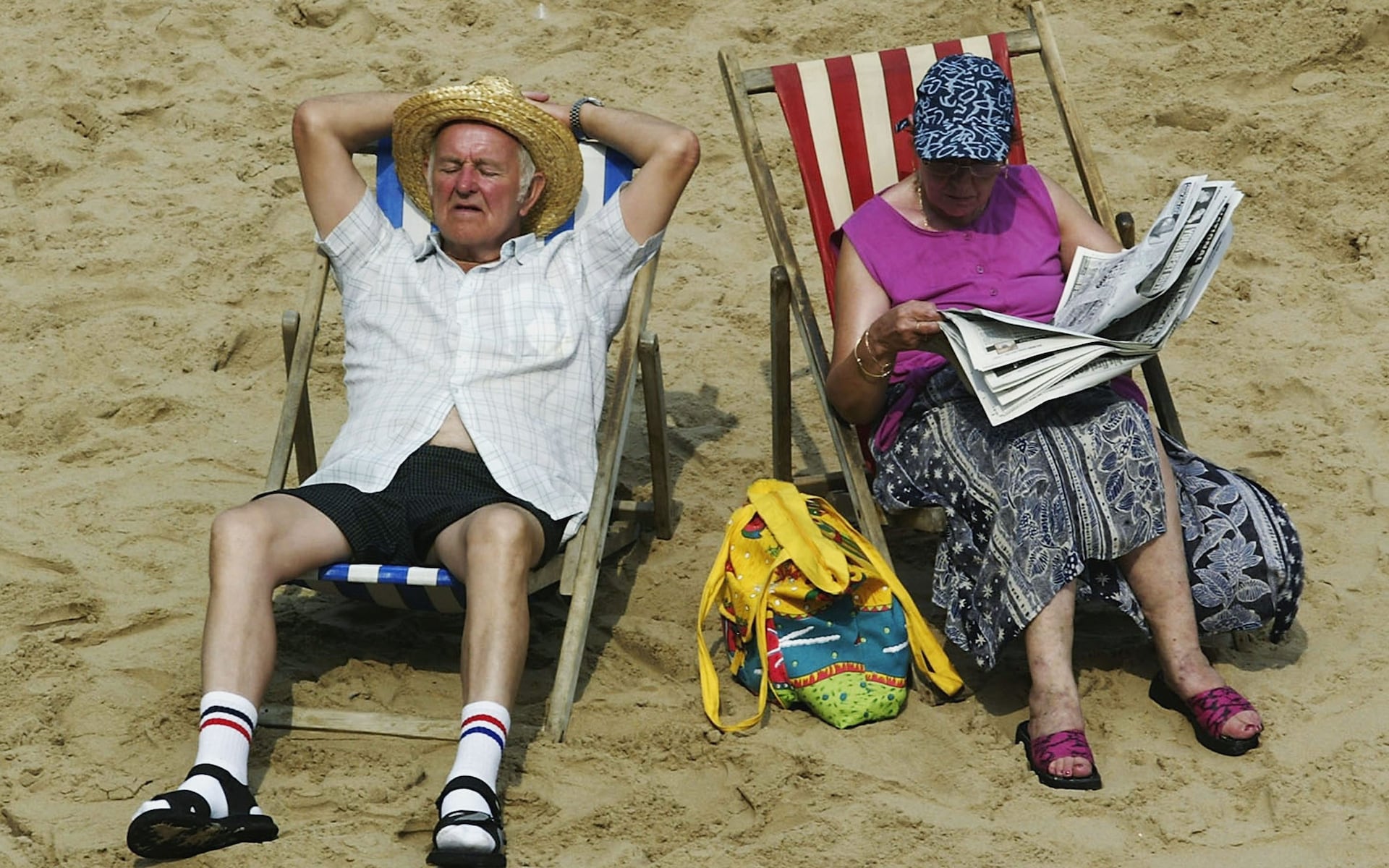 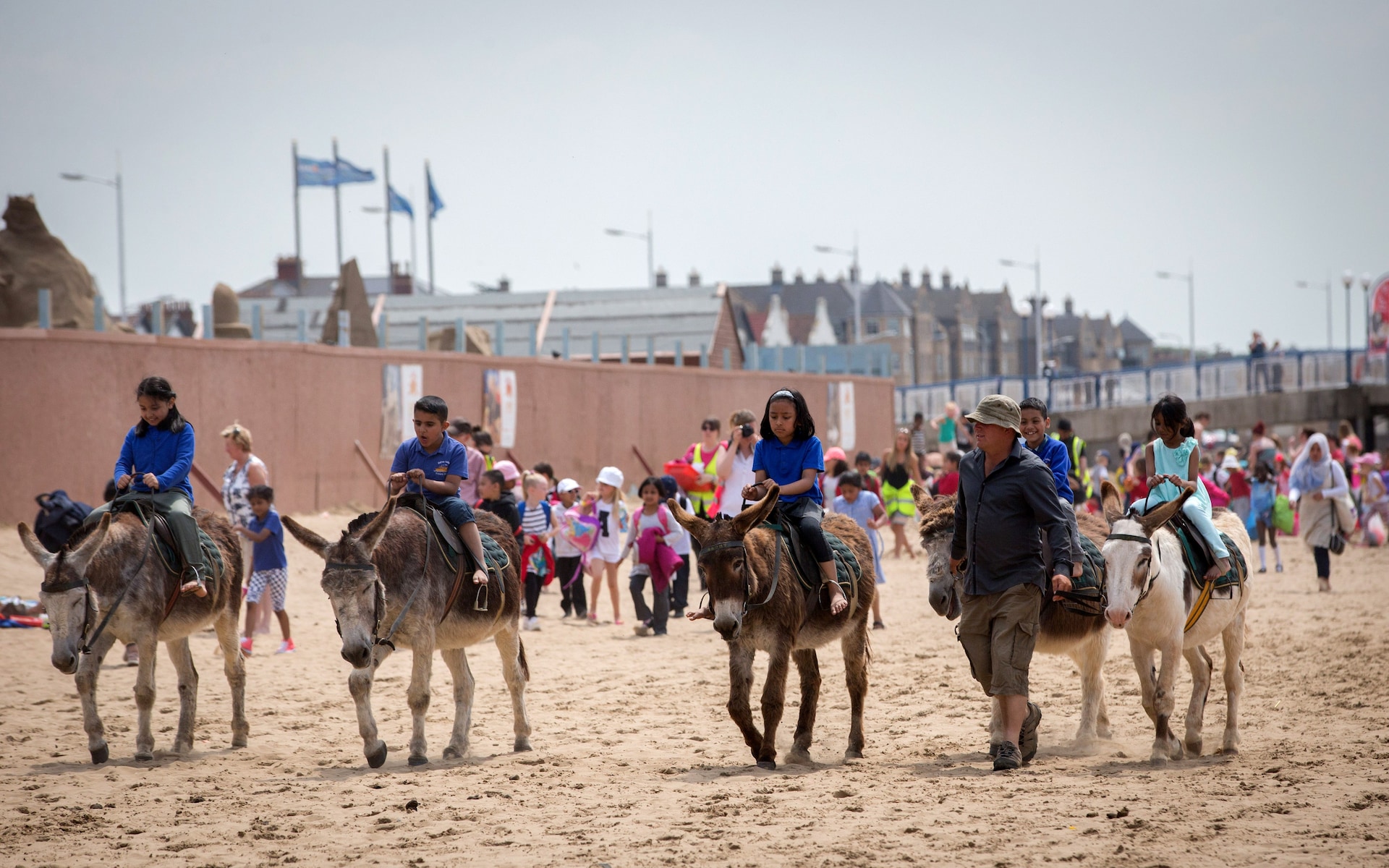 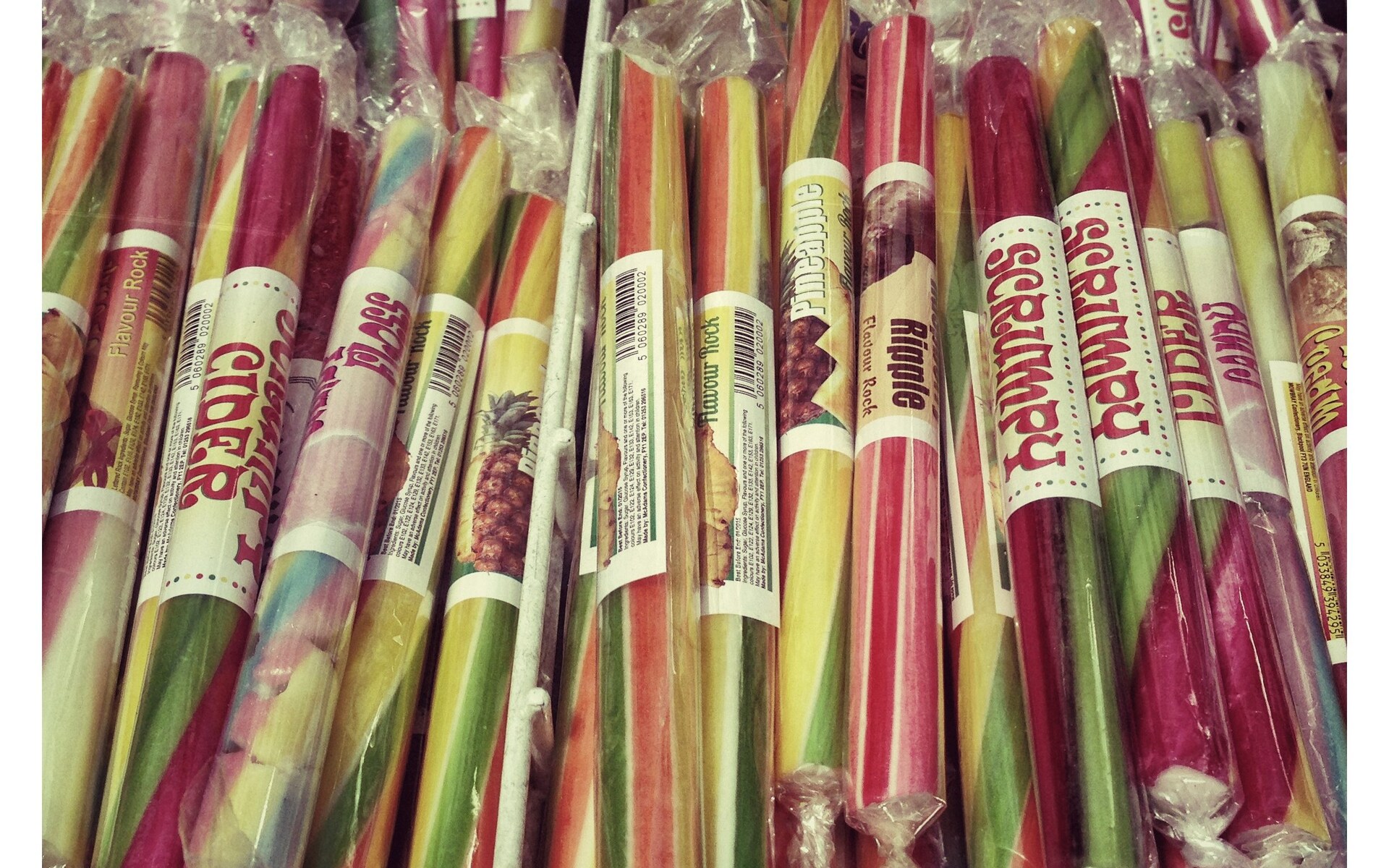 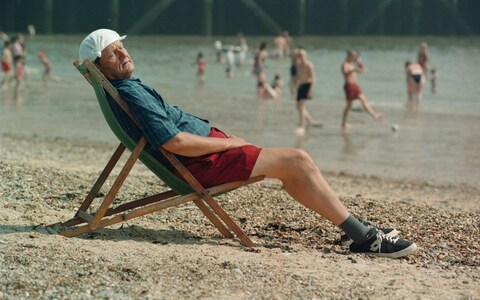 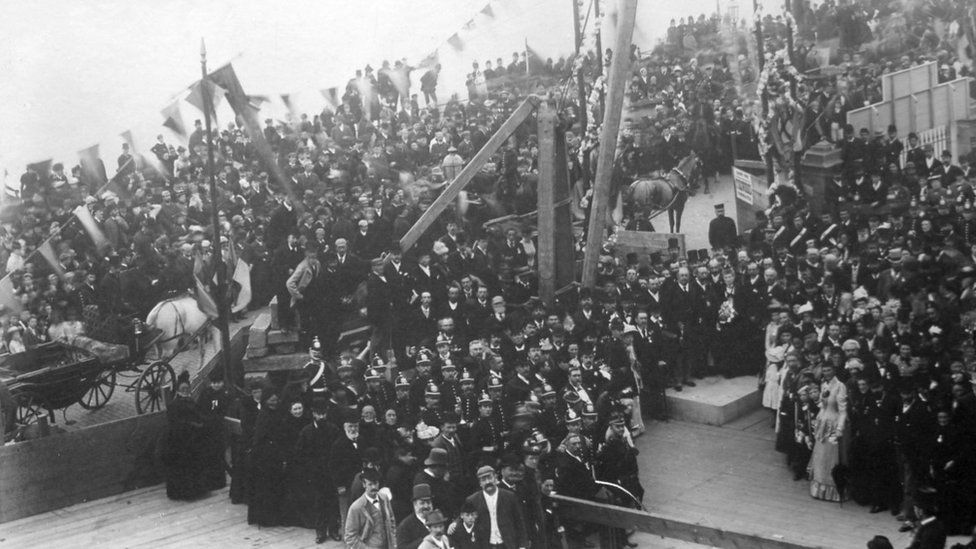 Top of Tower was OK though with none of that Apollo crap on the ground, just the traditional tower and I last visited it about 18 years ago, and they wanted something like a tenner to go to the top of the tower, so I said "shove it"

Apparently it was sixpence to visit the lower part of the tower years ago,once in if you wanted to go to the top of the tower it was another sixpence.

To stand on a glass floor at the top Mache?

Nope I wanted to go up the tower but I had to buy a day ticket which included the evening show and other things, in my reply my second word was off

So off you went then.

I thought they were all jocks and gyppos

I'm sure |I heard somewhere that local 11 year olds and under could go up the tower for free.

No, them's chimneys in modern Britain.

Did you know that there is no loo at the top of the tower.  Graham Liver, Radio Lancashire reporting from the top  found that out this morning. It takes 69 seconds in the lift to ground level where th loos are.  Like your mum always said " have you been?
_________________
https://www.wigan-rejects.com/

Admin wrote:Did you know that there is no loo at the top of the tower.  Graham Liver, Radio Lancashire reporting from the top  found that out this morning. It takes 69 seconds  in the lift to ground level where th loos are.  Like your mum always said " have you been?

In the early 1970's a regular jaunt of mine was a trip to Blackpool as part of my weekend hobo ing on the rail network, I would get a 'Northwest Rover Ticket' for half price and that was the entire North West network from Crewe in the South to Carlisle in the North and as far as Chester to the West and this side of the Pennines to the East, I can't remember the exact boundary of the ticket to the East, but a jaunt to Blackpool on the train would then be a walk down to the Prom and then a Tram to the Pleasure Beach, a ride on the Grand National  and then a dawdle back up the Prom to the Tower, stocking up at the Joke Shop and calling in at various Amusement Arcades, Madame Tussauds and other attractions and then at the Tower, you had a choice of about three tickets and free admission which let folk go into the cafe next to the Aviary , which was where the Tower Zoo had been and by this time the animals had been moved to the newly opened Blackpool Zoo, but I remember seeing the animals in the Tower Zoo in the 1960's

Ticket 3 cost about £3 and let you in everywhere, except the ball room, but it allowed you into the Ballroom Balcony, which overlooked the Tower Ballroom, it had seating there and you could sit with all the old folk, who were listening to the Wurlitzer Organ Music and watching folk dance.

So it was into the aquarium and me favourite fish was the Electric Eel, which had a warning sign on the glass "Don't Touch the Glass, Danger of Electric Shock" but I found yoo could touch the glass and never have an electric shock.

So then it was to the Tower itself and that Apollo Playground was still there and all the machines were looking tired and during this time in me life they did away with it and put a cafe there and the entrance to the Tower lifts, which were actually up some steps were made separate from the new cafe area and I remember the cafe being done all in pink and it was themed on something, but I can't remember what.

So it was up to the Top of the Tower and there were two lifts and up until circa 1973 both lifts were connected as counter weights to each other and so as one lift went up the other went down, passing each other half-way and each lift had a lift operator and the two lifts were connected by a bell system, so when one lift was ready to go, it would ding a bell in the other lift and vice versa, the lifts did have a phone in them for emergencies, but the lifts were radically altered in the early 1970s in that they were made to operate independently of each other, which was quite a big job and the reason was for safety reasons and to double the amount of people who could travel up and down the Tower, but there was always a system were by only a certain number of visitors were allowed to be at the top of the Tower at any one time.

The Top of the Tower had three public levels, the first was the enclosed level with windows and then two more open observation levels, the third one being a lot smaller than the ones below and that was where there was a 'Toilet' with a sign on the door saying 'Staff Only' was located and I always wondered what sort of bog this was and on one of me visits there, they were having a sort of open day, where someone was answering questions about the Tower, things like the statistics, how tall it was, when was it built, when was it opened, how far you can see from the top of the Tower, so I asked this lady the sort of questions only a kid would ask, which was did the 'toilet' flush or was it a chemical toilet and she told me that it was a flushing toilet connected to the public sewer system and so I asked "a five hundred foot sewer pipe" to which she said with amusement "yes" and she also told me there was running water up there has well as electricity and from the lifts you can see loads of different pipes going up to the top of the tower and I found out years later, that the toilet on the third level was for the public, the staff had another toilet, but the idea was that it was an emergency toilet and if a member of the public had a 'Toilet Emergency' they would ask to use that toilet and the door to the toilet was not locked, they just did not want folk using it.

On the third level there was a spiral stair case which led up to a fourth level which was chained off and locked and said "Staff Only" and I always wondered what was up there and on one of me visits the chain was down and it was open, so I was up there like a rat up a drain pipe and the fourth level was basically just a metal cage with loads of cables and electrical equipment boxes, it was a bit of a let down actually, I thought it would have been more interesting than that.

I last visited the Top of the Tower in 1979 and fulfilled a childhood ambition, which was quite strange, but after witnessing something roodish happening on the third level in 1968 quite late on in the evening, when it was ready for closing, and I was 8 years old then, and I was hiding from my parents and brother, because they were in a Cabaret Bar, and they used to have childrens thing on, where kids were brought on stage to be ritually humiliated, being forced to sing and play musical instruments and that had happened twice to me in the two years previous to this and that was in the afternoon and this was in the evening, and I was fairly certain that they would not have that thing on at night, but just to be sure I pissed off and kept out of the way of my family and that Cabaret Bar.

That happened though in 1979 when I took another young lady up there, and we had a passionate snog on the third level, so that was one the things off me bucket list

but she nearly passed out, because she had her back to the railings, and she suffered from Vertigo, she was frightened of heights.

And I have never been up there since